How I track internship applications

Since internships and post-grad job applications are opening up and interviews are starting soon I wanted a way to track the status of everywhere I applied. I had a saved template I found on r/cscareerquestions a few months ago but it was pretty bare-bones for what I wanted.

So, I added to the original template a custom function that counts highlighted cells (or rows) so that the status table would update automatically. I also added a few columns in order to add details such as a contact at the company and function to count the total number of applications. So far, this has been a huge help in staying organized and knowing what companies I'm still waiting to hear back from.

If you want to use this template just press Make a Copy under File. 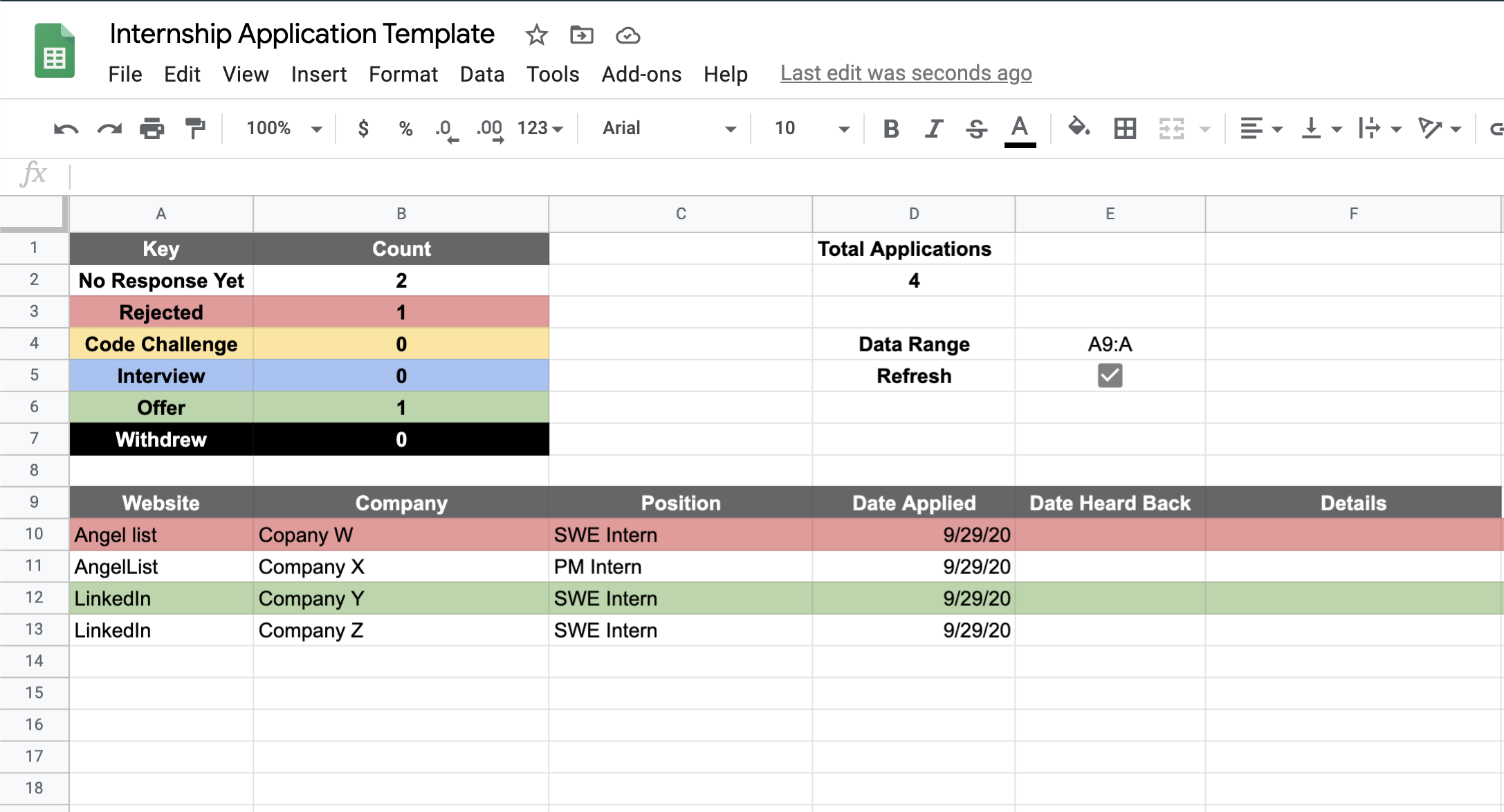 The status table does need to be refreshed, in order to update, as you highlight rows (since it is a custom function). This can be done by simply unchecking and rechecking the refresh button.

For those interested: the function is just a script that counts the number of rows that are highlighted in certain colors.

If you just want the script to make your own template or for other use cases you can find it in the script editor under Tools. I got this script from Prolific Oaktree's Video